The Quran for Little Hearts was inspired by my child, Samy. It comes from my own strong Muslim faith and as someone born and raised in Syria, now living in the UK.

Like many children his age, my son, Samy, is learning Tajweed Rules. Studying hard at school once a week for the past five years, and at home with me, Samy graduated with top marks.

This is where the story of Quran for Little Hearts really starts. 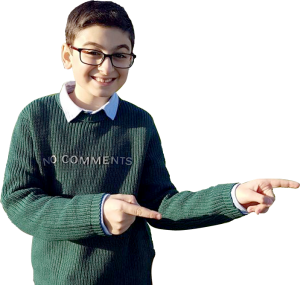 For this achievement, Samy’s teachers presented him with his own copy of the Quran as a gift. This is truly a great honour and a beautiful gesture.

Imagine, then, my surprise the night after he had been awarded his treasured book that Samy was in tears. I asked him why. Samy explained that he was frightened by the Quran in this format, he said it is a grown up Quran mama I can’t read it, it is not mine!, Samy felt he is unable to read. At that moment I felt SCARED . After all his diligent studies, and the love and understanding he built through those five years of the Quran, Samy felt It was too heavy for his small hands and he just felt that it wasn’t his.

I will never forget that night. All that night I searched for a Quran in a more child-friendly and approachable format. It simply didn’t exist.

The Quran has the answer for every question. It is the sacred word of Allah (swt) and something I feel is vitally important for my children to know as they grow up.

Understanding therefore what it meant for Samy to have his own Quran, and for other children too, creating the Quran for Little Hearts was something I had to do.

For the past almost three years, I’ve been working and designing these two editions of the Quran . Throughout this journey, I have been very mindful that the Quran is timeless.

Designing this version doesn’t change any of that. It makes the Quran easier for our children to engage with, explore and find relevance. I feel strongly we have a responsibility as parents to take the Quran out of the box and offer it to our children in a way that they can engage with its teachings. 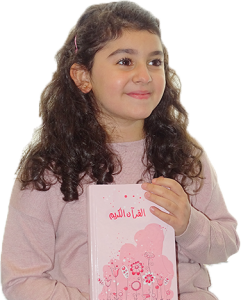 When Samy held his own Quran in his hands for the first time, he was astounded. He asked, “how can the Quran be like this?” More than anything, he was encouraged to look inside and was much more relaxed holding it. He feels again the Quran is now his.

Samy is reading daily, bookmarking his place and keeping his Quran by his bedside. He is always asking questions and thinking beyond the words on the page. I didn’t ask him to do that – this has all come from him.

For me, a theme running through everything this past few years in creating these new editions is the story of when Prophet Mohammad explained Islam to Ali for the first time.

Ali was 10 years old and he listened to the Prophet very carefully. Then Ali said, “Let me think” and left.

Ali spent the whole night thinking what he had heard from Prophet Mohammad. The next day he came back to tell Him that, after thinking, he has made his decision: he believed in Prophet Mohammad and became a Muslim.

We need to let the next generations find out what is new. There are lots of things we don’t know, and I believe this is a first step to finding out. It is very important we believe in our children and hear their thoughts.

Founder of Quran for Little Hearts

This website uses cookies to improve your experience while you navigate through the website. Out of these cookies, the cookies that are categorized as necessary are stored on your browser as they are essential for the working of basic functionalities of the website. We also use third-party cookies that help us analyze and understand how you use this website. These cookies will be stored in your browser only with your consent. You also have the option to opt-out of these cookies. But opting out of some of these cookies may have an effect on your browsing experience.
Necessary Always Enabled
Necessary cookies are absolutely essential for the website to function properly. This category only includes cookies that ensures basic functionalities and security features of the website. These cookies do not store any personal information.
Non-necessary
Any cookies that may not be particularly necessary for the website to function and is used specifically to collect user personal data via analytics, ads, other embedded contents are termed as non-necessary cookies. It is mandatory to procure user consent prior to running these cookies on your website.
SAVE & ACCEPT
Select your currency
GBPPound sterling
EUR Euro
USD United States (US) dollar